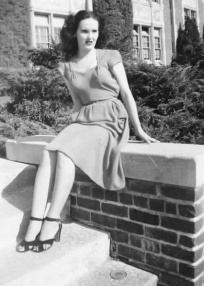 I met my best friend in grad school, when we both discovered we shared the same guilty secret/pleasure:  our love of true crime. This took place in a Midwestern English grad program in the early/mid 1990s, when we shared a square, windowless office at the end of a long, windowless hall, across from some fellow grad student boys who thought they were so smart, and talked more in class than most of the women. We had a Unit for Contemporary Literature at ISU at that time, and this one guy in the office kept calling it “U-CLIT” when he talked about his work there as he stared at us, daring us to say something. We never took the bait.

Anyway, it was not entirely unhip to like true crime then, so soon after the publication of the big Lawrence Grossberg et al. Cultural Studies reader hit our program and took hold, but it wasn’t quite cool, either. We would buy each other books and leave them in the office and have long talks at the Normal, Illinois Coffeehouse about Whether Lizzie Borden Did It (yes, duh) or Who Killed the Black Dahlia (ask Elizabeth– or read Girl in Two Pieces,  https://www.amazon.com/Girl-Two-Pieces-Elizabeth-Hatmaker/dp/1935402595 not for answers but just because Elizabeth is fucking brilliant ) or Was Jeffrey MacDonald Guilty? (not totally sure about that one.) And then OJ happened, and then JonBenet Ramsey, and Chandra Levy, and so many of narratives that centered around these crimes had to do with misogyny and blame and bodies that had vanished or were damaged by force, that it became clear to me that true crime offered an interesting point of contact with literary theory. Elizabeth knew this all along, but it took me a bit longer to see it.

The last case we talked about was this October, an older case of a teenager named Betty Williams (yes, so many of these victims are a variant of Elizabeth: Beth, Betty, Lizzie. Just read Girl in Two Pieces) described in “A Kiss Before Dying” as a “girl from the wrong side of the tracks” who, after her football star boyfriend broke up with her, persuaded him to kill her. He did, but, during the 1961 trial, ( you can read about the case in http://www.texasmonthly.com/articles/a-kiss-before-dying/) he was seen as the victim of her manipulations–she was viewed as having ruined his promising life.

The one thread that all of these cases have in common is that questions still remain. Was justice served? What is justice in these instances—what would it mean? And just maybe it was a way for us to deal with some of the challenges of being young women in graduate school, in what was still in some ways a boys’ club, or at the very least a culture that expected of us a certain measure of intellectual detachment.

I still love true crime. The narratives of true crime–a seemingly “normal” situation that somehow goes terribly wrong, which the justice system attempts to right again, only as further investigation undermines this move toward closure and causes us to wonder both why  it happened and what justice would mean in this context –remain both intimately familiar and incredibly unsettling.