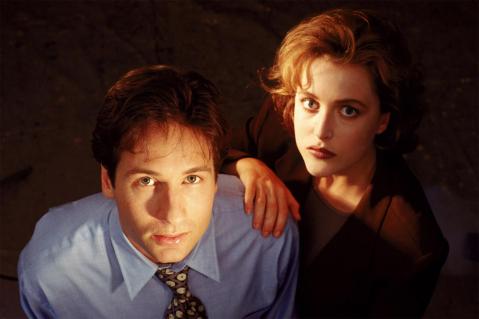 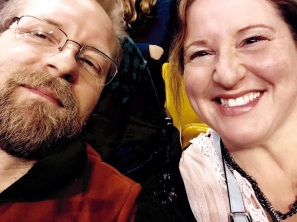 I couldn’t sleep the other night because I took 40 mg. of prednisone for strep throat at 7 PM, so please learn from my mistake.

In my wakefulness, I decided to go downstairs to see what my husband was up to, and he suggested watching a recent new X Files episode. It ended up being about what “the truth is out there” means in post-truth America, and something called the “Mandela Effect,” which is, according to the episode, the term for what happens when you remember something in a different way than everyone around you does. It seemed to me that this should really be a thing, but both Scott and Scully say that it is just another word for misremembering.

We used to watch a lot of X Files when we first met, back in the early 1990s. My friend Elizabeth had an apartment next to Planned Parenthood and across from the Plasma Center, where Scott routinely sold plasma when he was over 150 pounds (you can’t sell it if you weigh under that for his height) and we would both show up there to watch X Files on Friday nights. Elizabeth would sit back in her lounging chair, in a robe with a glass of Cherry Heering perched on her end table and hold court as a sort of glamorous yente with endless pop culture knowledge. The episodes we liked best were the same ones everyone liked: the one with Peter Boyle and the carnival folk; lightning boy, “Home.”

We were in graduate school in the Midwest and everyone we knew watched the X Files. There were arguments (a guy we knew who would later be convicted for drugging and raping a student reminded us that Mulder saying “Noho on the Rojo” was racist, and he was right.) There were viewing parties—I went to one at my friend Kim’s house, where there were a few couples we knew plus David Foster Wallace, who asked tons of questions because he didn’t have a TV and had never seen it before. Dave was the one who called Scott “The smartest guy in every room he walks into” and of course that was always the guy I would choose.

Scott was the Scully and I was the Mulder. He will probably use as evidence the time I watched the History Channel’s special on the moon landing and was convinced that the argument that it was faked might have some merit. We even went as Mulder and Scully one Halloween. We were in our mid-twenties then, when Bill Clinton was president. We were young and smooth-faced and childless, and we lived in apartments with friends, and Elizabeth was alive, and we worked at video stores and cooked and went to bars and watched X Files on Friday night. Each episode promised some big new reveal that would order all of the unexplained events into a clear pattern, and it would all make sense.

And there we were the other night, watching X-files again. It was still strange to see Mulder and Scully looking older, more lined, yes, but also wiser and calmer. The dynamic between them was the same, with Scully the voice of reason and straight man, but when they sat down to eat some 1970s Jello out of Mulder’s sasquatch footprint (you have to watch it for this to make sense) and the story then flashed back to Mulder and Scully when they were young and baby-faced, just like we were then, and Scully said “No, I just want to remember it as it was” and put down her spoon, I understood.

Maybe it’s because I do spend a good chunk of my days at work listening to the conspiracy theories of bearded men, and maybe it’s because I am terrified that some memory I have constructed an entire essay around is actually wrong, or that it doesn’t jibe with anyone else’s memory of that time, but this episode really spoke to me. Mostly, it reminded me that I like the older Mulder and Scully better than the younger ones. They are funnier, more relaxed, and can laugh at themselves. It takes a long time to get to that place, but if you are lucky enough to get there, you never want to go back.